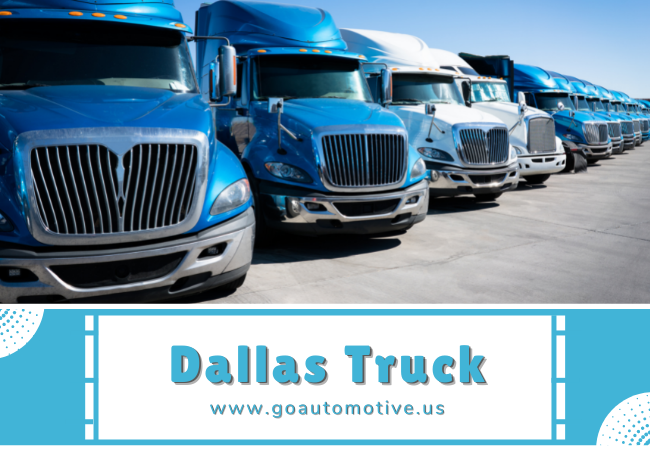 Dallas Truck World considers every truck an individual. Every truck has its own name. Even the owner, Yves Belanger, has a unique name. He is known as the King of Trucks and has been crowned the largest truck dealer in Florida. His 14-acre dealership sells about 150 units per month using a variety of advertising strategies–including naming and giving personalities to trucks.

Belanger began selling cars in Canada 15 years ago and then moved to Florida to start wholesaling cars in Orlando. Six months later, he relocated to Longwood, Fla., and started selling 35 units per month from a small retail lot. His current facility in Sanford (Fla.) is $7 million. It was opened in 1995. About half of the employees work in parts and service. There are 65 total employees at the dealership. Belanger stated, “It runs as a truck factory.” In 2009 and 2010, the dealership was a Top 50 Dealer. This year, it was ranked 18th in Independent Retailer Awards for Auto Dealers.

Two people are responsible for the marketing department in a large sales organisation. Belanger is involved heavily and there is a significant monthly advertising budget.

Dallas Truck World, Sanford, Fla. has grown to a 14-acre facility worth $7 million. It employs 65 people and sells approximately 150 vehicles per month. The dealership uses a variety of digital and traditional media to advertise.

The dealership also has radio ads and an infomercial on two local television stations. Stockman stated that “a lot of people watched them.” It aired for almost four years. We just took it down, and are now making a new one.

About 10 of 150 units sold each month are covered by billboard advertising and print magazines. This accounts for approximately $10,000 of the $100,000 budget. Stockman stated that AutoTrader.com receives a large portion of the budget and the rest is split between radio, television and Google’s pay per click campaign.

Dallas Truck World has exported to more than 15 countries including France, Italy and the Virgin Islands, Greece, New Zealand and Sweden. A strong online presence means that 50 units are shipped out-of-state every month and 20 are to customers who’ve never been in the showroom.

It’s amazing how we work… You can return a truck if you drive it home and are afraid you might scrape the sides of your drive-through. This is something that some dealers don’t want to do, but I am the warranty provider here.

He calls this “drawing the line” section of the website to build customer trust. It is important to sell quality vehicles. “The last thing that I need is someone coming into my showroom on a Saturday morning and shouting ‘You never taught me in there!'” The website states, “An educated customer is our best customer.”

Previous article
Truck Tire Repair: Service & Maintenance Tips
Next article
Do you have to tip the driver of the “toe truck”?