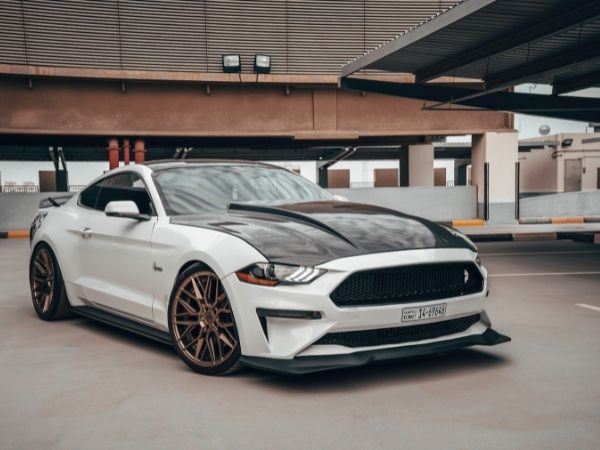 Ford was charged with misleading and false advertising regarding the fuel efficiency of the 2013 model year C-MAX Hybrids and Fusion Hybrids. The suit was filed in the U.S District Court for Eastern District of California. Ford sold record numbers of Fusion and C-MAX hybrids within the first two months this year, despite grossly exaggerating the vehicle’s fuel efficiency. Ford could be returning cars to the factory just as fast as they shipped them out, according to reports.

Ford claims the cars get 47 MPG, but the Fusion Hybrid and C-MAX Hybrid actually average only 37 MPG, McCuneWright, a law firm, stated in a complaint. Richard Pitkin, a California resident, filed the lawsuit on his behalf. Pitkin purchased a C-MAX Hybrid in October. The lawsuit seeks punitive damages and full reimbursement of the purchase cost for all those who purchased the vehicles on the basis Ford’s mileage claims.

Media brings situation into the spotlight

This lawsuit comes after Ford’s recent advertising claims have come under fire. Ford has been criticized by influential sources such as Car and Driver magazine, Wall Street Journal and Consumer Reports magazine for exaggerating the mileage statistics of its hybrid vehicles. Consumer Reports recently found that the C-MAX Hybrid averaged just 35 mpg in city driving, and 38 mpg on highway driving. According to Consumer Reports, Fusion and C-MAX had the greatest discrepancies between Ford’s claimed mpg and actual driving results.

Car and Driver also tested the C-MAX and found it to average just 34 MPG on a 67-mile trip. The cruise control was activated and the speed maintained at 75 mph. The combined city-highway fuel economy for the C-MAX was just 32 mpg. This is far lower than Ford’s claimed fuel efficiency and that of the Toyota Prius V models. After testing both cars, the Wall Street Journal demanded that Ford “recalibrate its claims.”

This lawsuit comes at a moment when Ford is making fuel economy the main theme of its advertising and marketing campaigns. Recent advertisements have highlighted the fact that Ford’s vehicles are more fuel efficient than similar cars (including rivals like Toyota). Ford’s hybrid sales have soared thanks to its aggressive marketing campaign. The sales of Fusion and C-MAX hybrids from American automaker Ford have surpassed those of Toyota’s Prius hybrid in the first two months.

Ford isn’t the only automaker to be criticized for making misleading mileage claims. Other automakers have come under intense scrutiny in recent months for exaggerating the fuel economy of their hybrid vehicles. After the Environmental Protection Agency found that two Korean carmakers had overstated the fuel economy of two of their hybrid vehicles, Kia and Hyundai were forced last year to retract their mileage claims. Both carmakers agreed to pay money back to those who purchased the cars on the basis of inaccurate mileage claims.

A survey found that 7/10 people are confused about terms like supercharger, range anxiety and PCH. In fact, 25% of people who have tried to...
Automotive

Can my Warranty Company deny a Repair?

What are the Best Ways to Repair Windscreens?

Your car's windows are more important than you may realize to its functionality and structure. You are surrounded by windows from all sides, whether...