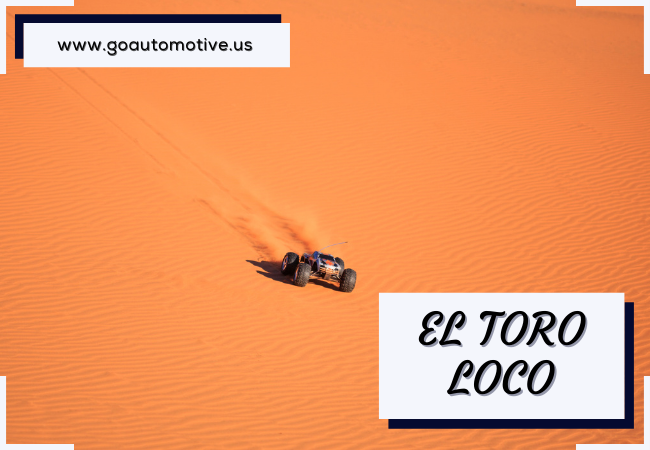 El Toro Loco Monster Truck can sense fear in its opponents and is a raging bull. The custom-built bull was first introduced to the public in 2001. It won the Freestyle Championship title at 2004 Monster Jam World Finals(r) a few years later. In 2012, El Toro Loco grew to four trucks and added additional drivers to help this five-ton beast, including Becky McDonough and Chuck Werner.

The official Monster Jam El Toro Loco Monster Truck is now available in 1:64 scale! The Monster Jam is lean and mean. It features more graphics and details than ever! This is equipped with official BKT tires, chrome-plated rims and authentic chrome detailing.

This 1:64 scale truck also comes with a driver who is molded into the seat, and a collectible Monster Jam driver figurine. You can even create your own Monster Jam arena! The Monster Jam truck in 1:64 scale is fun-sized! With so many trucks to collect, it’s easy to keep track with the collectors poster. Get started building your Monster Jam collection now!

Racesource is a manufacturer and distributor of high-quality parts and components for racing. They are also part of the El Toro Loco Monster Truck Grave Digger team. Although they initially managed their inventory using Excel, they quickly grew and needed a better system to manage it.

Case Study: How to make the switch from Excel Chaos into Inventory Control

Paul Huffaker (Vice President) realised that Excel wasn’t working as well for Racesource’s inventory management. The Excel spreadsheet took at least an hour per week to manually update the inventory. It was a waste of money to order or manufacture parts that weren’t necessary. Racesource was unable to track individual items and the assemblies they were a part of.